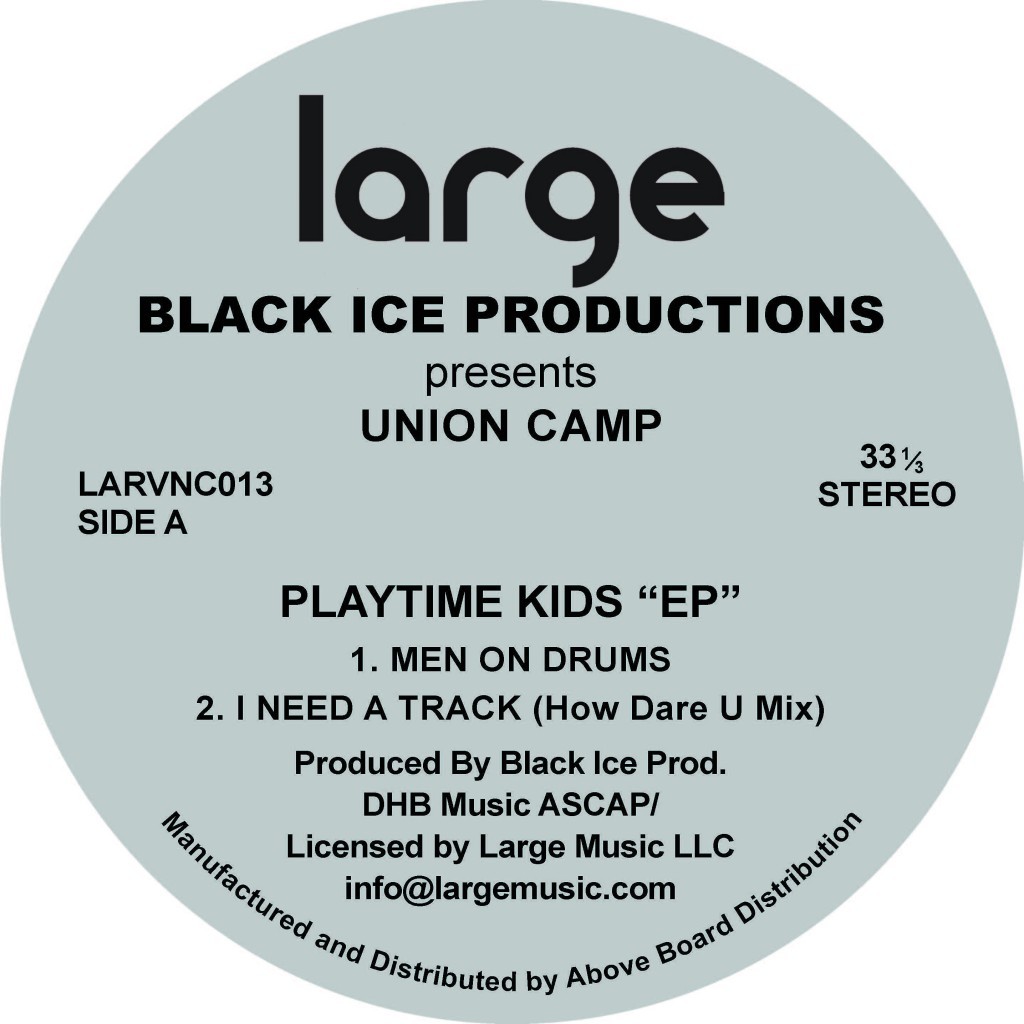 Buy on Juno Buy on Phonica

Large Music continues to showcase the brilliant and creative work of early 90s artists Black Ice with a re-issue of one of the most sought after early Chicago House releases- the Union Camp EP. Originally released in 1993 on the historic Night Club Records, Large Music has now licensed the tracks exclusively for a worldwide vinyl-only release. While all four tracks possess that classic raw Chi-town Soul vibe, it is Track 1, Men on Drums, that has garnered the most attention. Championed the last few years by respected Berlin-based DJ Zip, many of the elite vinyl-only DJs across the globe have sought out a clean copy of this very rare wax masterpiece.