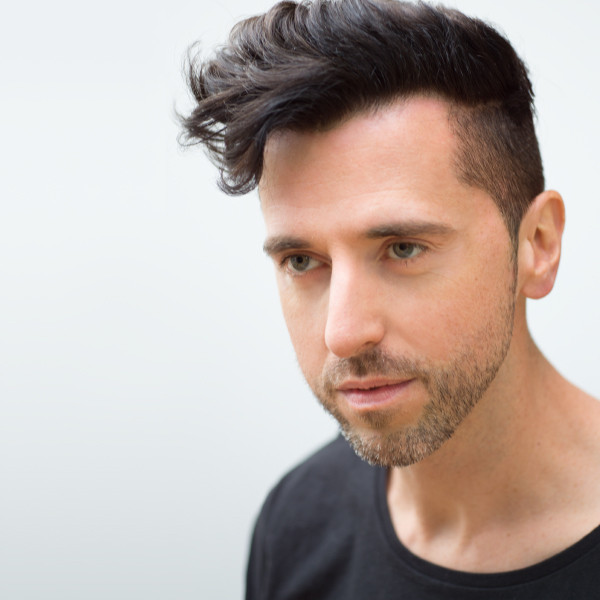 Legendary Large Music artist Nathan G makes a welcomed return to the label with a sparkling new release entitled If We Try. Collaborating with the enormously talented lead vocalist Frank H Carter III, Nathan has created a classic House vocal masterpiece with a soaring message of hope and unity that extends far past the dance floor. We recently caught up with Nathan to get the scoop on his latest whereabouts and walkabouts:

1) Nathan, it is nice to have you back after more than a year since your last release on Large. Can you fill us in on some of the changes in your life over the past 12 months?

Thank You, it’s a pleasure to be here again to present more music on Large and thanks to everyone for the support of the new release. Much has happened over the last 12 months. The biggest change is that up until recently I’d been based out of Berlin for almost a couple of years and I have since returned to Australia to have Summer and start up a new year. It’s been a few years overall since actually leaving Melbourne for Europe so its been great to return and re-connect with family and friends here, take in some extra sunshine and embrace a change of environment again to keep the creative spirit moving forward.

2) How do you feel that your time in Berlin has influenced your production?

Culturally there were so many things of its past and present as a city to absorb and simply appreciate everyday. Presently I’m still in quite a reflective mode about much of what I got to experience while I was there and its been really good to process some of these moods and emotions from along the way from a far now being here in Oz.

As far as influence on my production, well I can imagine some of these understandings will end up being translated through some of my productions and sounds ahead if some of that hasn’t already happened. One of the real beauties of getting to make music is hearing the influences of your travels breathing through the speakers in front of you especially when you least expect it. 3) If We Try features a phenomenal lead vocal from esteemed artist Frank H Carter III. Can you tell us how this collaboration came about?

Frank and I met a couple of years back while I was over in Chicago around the time of my album ‘The Glow’. I was fortunate to be able to take a quick trip to NYC just to meet up, write and record ‘Love Evolution’ with Frank which was our first time working together. We’d been in touch for a little while previously online so it was great that the opportunity presented to meet in person which I’d say has helped to play a role in us further collaborating now as we can share can a wider angle of ideas together toward writing a song. The vocal for ‘If We Try’ came to be over a year or so ago now though I only got to find the right vibe for the production of this one just recently.

The message in the vocal seem to be resonating with me more so recently and it feels like the right time for this to be out there so I’m pleased it is! Frank is a truly talented singer and songwriter and a gentleman, too. I look forward to joining creative forces again in the future!

4) The dance community as a whole has been deeply shaken by the recent loss of Frankie Knuckles. We know he was a big supporter of you as an artist; can you tell us how Frankie has served as an influence to you over the years?

It was a shock to hear about Frankie. Over time he did very much serve as an influence to me. He often would come to Australia to perform so it was always very special to see him work his magic as a DJ with the audience and also a real privilege to get to DJ right alongside him at some of these big events too. Only recently he and I spoke on the phone which was the first time in a little while and he was so positive and sincere toward my music and growth he believed I’d made with my work. He really gave such encouragement with his words overall and this helped me to pursue my music path further over the last decade or so. A real inspiration and I feel eternally grateful I was able to know him.

5) What can we look forward to from Nathan G in the months to come?

Some new original vocal collaborations are coming together nicely as we speak. My label Luvbug has taken a little moment out to catch a wave and will be back very soon. Following ‘If We Try’ on Large I have a remix finished for Shades Of Gray coming out on Beef Records and there is also a EP release for a favourite London label almost complete which I’m excited about. More details to come soon.